Apples and oranges? How the Ethereum Merge could affect Bitcoin

It’s been a month since Ethereum said goodbye to an essential feature its blockchain shared with Bitcoin (BTC). Called the Ethereum Merge, the long-hyped upgrade was widely celebrated, with the blockchain ecosystem. However, for the mainstream audience or even for the average trader, it felt more like a Star Wars Day celebrated by sci-fi geeks than an early Christmas.

As the Ethereum Merge occurred on Sept. 15, the most extensive blockchain ecosystem parted ways with the proof-of-work (PoW), the energy-hungry consensus mechanism that makes Bitcoin tick. The Ethereum blockchain now works on a more eco-friendly proof-of-stake (PoS) mechanism that doesn’t require any mining activities, leaving thousands of miners worldwide scratching their heads.

Price-wise, Bitcoin is yet to take a hit from the fundamental shift of its closest competitor. A whole month has passed since the Ethereum Merge, and the BTC price is still stuck between $18,000 and $20,000.

However, the overarching mainstream narrative of “Bitcoin should contribute to the world, not destroy it by depleting energy resources” is rekindled with Ethereum’s significant switch to a system that keeps blockchain alive with minimal resource consumption.

Cointelegraph reached out to industry insiders to get a clearer picture of the Ethereum Merge’s impact on Bitcoin.

“PoW was a dead end for Ethereum,” says Tansel Kaya, a lecturer at Kadir Has University and the CEO of blockchain developer Mindstone, “Because an Ethereum network that doesn’t scale can not live up to its promise.”

However, the Bitcoin community is not happy with the way its biggest price competitor took, according to Kaya. The BTC community often criticizes PoS for being vulnerable to censorship, he remarked, adding:

“If what [Bitcoin maximalists] say is true, Ethereum will either turn into a docile fintech network that is censored by governments, or a centralized structure like EOS, controlled by wealthy investors.”

Speaking to Cointelegraph, Gregory Rogers, CEO and founder of crypto-based gifting platform Graceful.io, noted that the Merge solidified the two distinct blockchains’ positions in the market. “Ethereum remains the transaction chain of choice with its increased speed and reduced fees,” Rogers said, adding, “Bitcoin is now the store of value of choice. They were already headed in this direction, but the Merge simply clarifies it.”

Recent: What new EU sanctions mean for crypto exchanges and their Russian clients

From a price point, though, multichain marketplace UnicusOne founder and CEO Tashish Raisinghani believes that Bitcoin price will take a hit. “The crypto industry had a hard time because of macro-level challenges which resulted in the current bear market,” he said, adding that the Merge would make Ethereum more sustainable compared to Bitcoin, “Which hasn’t yet been able to recover from the Chinese mining crackdown in 2021.”

PoW is unrivaled in network security

Addressing the energy side of the argument, John Belizaire, CEO of eco-focused data center company Soluna Computing, told Cointelegraph that even though Ethereum’s switch to PoS could save energy, “It will also undermine the core decentralization aspect of cryptocurrency.”

Although Bitcoin’s PoW consensus mechanism is energy-intensive, it is also fundamental to the blockchain and “is the best choice for any cryptocurrency that prioritizes network security.”

Bitmain also brought down the prices of Antminers, its flagship crypto mining units, to help miners get back into profits, he added:

Despite the Merge, Ether (ETH) miners won’t simply forgo PoW mining just because Ethereum Classic (ETC) is not minted via mining anymore, according to Anndy Lian, author of the book NFT: From Zero to Hero. Lian told Cointelegraph that the EthereumPoW (ETHW) project — the result of a hard fork after the Merge — is working hard and the miner community is more united than ever.

“These various factors helped the miners offset their operating costs in this bear market, keeping them alive.”

Joseph Bradley, the head of business development for Web3 service provider Heirloom, likened Bitcoin to “a global risk asset that is correlated to TradFi markets.” Bradley told Cointelegraph that, although Ether may be traded similarly, it still has neither the market depth nor the size that Bitcoin has. “Do we expect the world to become more or less chaotic in the coming years?” he asks rhetorically, answering:

“Most people would lean towards more chaotic. Security will matter during this time. Bitcoin will become even more important. Expensive energy will create innovation with miners — They will most likely move toward positioning Bitcoin mining as an extension of the electrical grid itself.”

Bitcoin and Ethereum: “Apples and oranges”

Not everyone agrees that the Ethereum Merge will have an impact on Bitcoin, though. Martin Hiesboeck, head of research at crypto exchange Uphold, dismissed a direct comparison between Ethereum and Bitcoin as “apples and oranges.”

Hiesboeck told Cointelegraph that Ethereum is basically a “company controlled by venture capitalists,” that’s why the transition to proof-of-stake aims to improve its economic and environmental credentials:

“Bitcoin doesn’t need to do that. Bitcoin is not a brand. Bitcoin is a computer network. Its output represents money. Nobody owns it. There is no brand. No CEO.”

Khaleelulla Baig, the founder and CEO of crypto investment platform Koinbasket, supported Hiesboeck’s argument, telling Cointelegraph that the Merge won’t have any meaningful impact on Bitcoin as these assets serve different purposes.

Recent: How decentralized exchanges have evolved and why it’s good for users

Bitcoin’s purpose is “to prove itself as a superior store of value to fiat currencies,” according to Baig. The PoW mechanism goes well with the purpose of Bitcoin, “As it helps the network maintain the scarcity of 21 million BTC via its difficulty adjustment rate,” he added.

Bitcoin as a PoW and Ethereum as a PoS network are making significant contributions to the crypto-asset ecosystem by competing with their best features. Tansel Kaya summarizes: “Having two distinct approaches rather than one is more suitable for the spirit of decentralization.”

Get in Web3 Shape With Walken’ s Hyper-Casual Game Walken… FTX just imploded, and Jack Dorsey wants to talk about the next stage for crypto?

It’s barely been a decade since the launch of Web3, and some are already talking about the next… 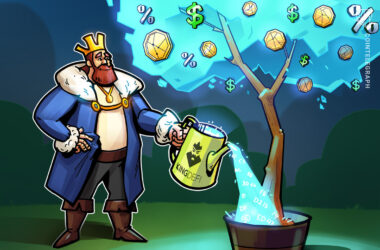 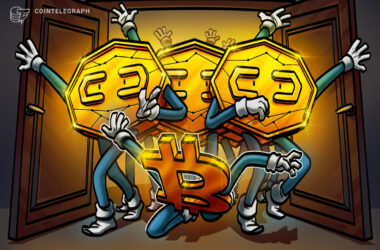