Regulators Step Up Scrutiny Of Crypto With FTX Investigations

Regulatory authorities in the United States have again increased scrutiny of the crypto space. Reports have emerged that FTX, Sam Bankman-Fried, and 3AC are under investigation for potential securities violations.

The Securities and Exchange Commission (SEC) and Commodity Futures Trading Commission (CFTC) will investigate the companies.

Back Under Regulatory Scrutiny

According to a state filing, crypto exchange FTX, its U.S. Division FTX US, and the founder of the exchange Sam Bankman-Fried are under investigation by Texas authorities over potential securities violations. According to reports, regulators will investigate if yield-bearing accounts offered by FTX qualify as unregistered securities, as described in a separate filing in relation to the bankruptcy proceedings of Voyager Digital. Sam Bankman-Fried-led FTX had recently won the auction to acquire the bankrupt firm’s assets.

Director of Enforcement for the Texas State Securities Board, Joseph Jason Rotunda, stated,

“The Enforcement Division is now investigating FTX Trading, FTX US, and their principals, including Sam Bankman-Fried.”

In Communication With Authorities

An FTX spokesperson stated that the firm is in constant communication with the regulatory authorities, and this has been the case for a while.

“We have been in talks with the Texas state regulator for a while. We have an active application for a license which has been pending and believe we are operating fully within the bounds of what we can do in the interim. We look forward to continue working with Texas.”

In the filing by the state authorities, Rotunda states that he set up an account on FTX through the FTX app and earned yield on ETH deposits and funds transferred to the account from this linked bank account. FTX allows its users to earn a yield on deposits, earning up to 8% APY on the first $10,000 and 5% APY on deposits above $10,000 but below $10 million. According to Rotunda, FTX has not registered to sell or offer securities in the state of Texas.

Rotunda wrote in the filing,

“Based upon my earning of yield and an ongoing investigation by the Enforcement Division of the Texas State Securities Board, the yield program appears to be an investment contract, evidence of indebtedness and note, and as such appears to be regulated as a security in Texas.”

Sam Bankman-Fried led FTX had offered Voyager Digital a $500 million line of credit in June. However, the latter filed for bankruptcy in July due to the market upheaval caused by the Terra collapse. Filings made during the bankruptcy proceedings revealed that Alameda Research, also founded by Sam Bankman-Fried, owed Voyager $377 million.

The FTX exchange picked up Voyager Digital’s assets for $1.4 billion, beating competition from Wave Financial and Binance. According to authorities, Voyager is also being investigated over yield-bearing accounts which could qualify as securities. Other companies such as Celsius and BlockFi have also come under increased scrutiny from regulators regarding their products.

Celsius And 3AC Also Under Scrutiny

Celsius is another company that filed for bankruptcy after the collapse of Terra. The company is under investigation by the CFTC for possible market manipulation and a lack of transparency regarding user funds. Representatives from Celsius are cooperating with the investigation. 3AC is also under investigation by the SEC and the CFTC, with regulators looking to understand if the Singapore-based crypto hedge fund violated rules that hedge funds must comply with.

According to well-placed sources, regulators believe 3AC misled clients about its balance sheet and did not disclose why the fund was not registered with the necessary regulatory agencies. The European Union’s crypto regulation bill, set to be made law following some additional steps, contains a section… The head of the business team of Terraform Labs was a part of Do Kwon’s inner circle. After… 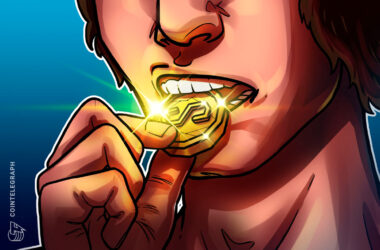