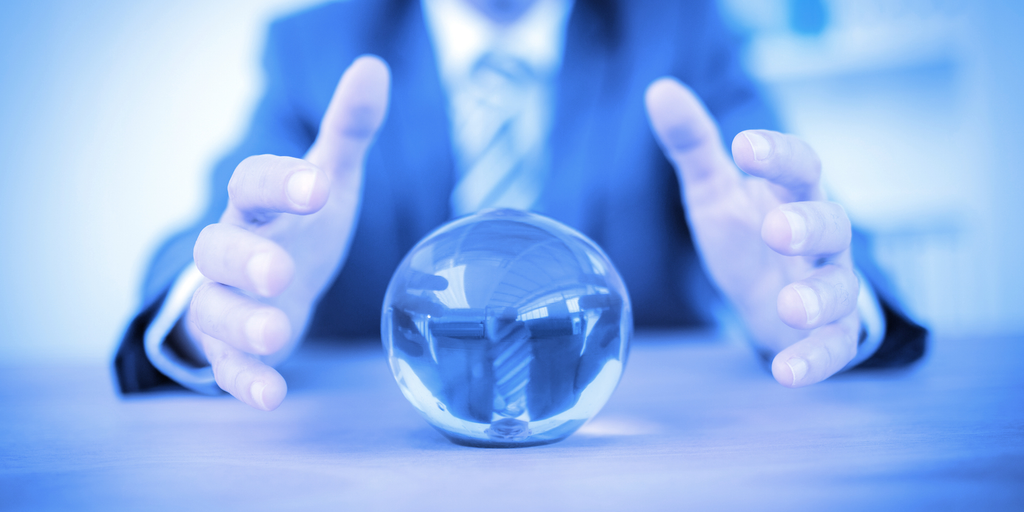 If 2022 made one thing clear about crypto, it’s that there’s absolutely no point in predicting anything.

Overnight collapses of multi-billion dollar companies, historic technological achievements, industry-wide crashes, blockbuster confrontations with world governments, shocking revelations of corporate malfeasance, billionaires on the run, surprise arrests: 2022 had it all—if not too much.

Where does crypto go from here? While the future may not be certain, it’s too tempting not to make some educated guesses. A number of 2022’s seismic events will certainly reverberate well into the new year; some new trends, too, are poised to play a major role in shaping what already looks to be another critical year for crypto.

Here are some potential answers to a few questions likely to have major implications for the industry in 2023.

When will winter end?

By late fall, the crypto market looked poised for a recovery after months of relentless battering: the stock market was coming up for air, inflation was slowing, and prognostications for 2023 were cautiously optimistic.

Then, one of crypto’s most prominent institutions exploded in real time.

The stunning collapse last month of crypto exchange FTX cratered crypto prices, sending Bitcoin to its worst low in two years. Ethereum plunged to almost $1,100 in late November, due to a combination of market-wide panic and the dumping of millions of dollars worth of ETH by an attacker who purportedly drained FTX wallets in the midst of the company’s unraveling.

Crypto prices have since marginally recovered, but the contagion sparked by FTX’s collapse only continues to spread. Digital asset lender BlockFi, which took a $250 million line of credit from FTX over the summer, declared bankruptcy late last month, weeks after freezing all withdrawals.

As 2023 unfolds, it’s all-but-certain that even more firms will be forced to disclose potentially devastating relationships with once-dominant FTX, which seemed to have spread its tendrils across every corner of the crypto industry.

Until the full impact of FTX’s $32 billion collapse is accounted for, and its myriad connections are divulged and processed, it’s unlikely a crypto spring will be able to take hold. With crypto contagion looking unlikely to let up any time soon, color us surprised if the proverbial line goes up before actual spring.

Despite the crypto-related cacophony and controversy that emanated from Washington this year, there remains a jarring lack of clarity from the American government about the regulatory fate of crypto assets, protocols, and exchanges. Will 2023 finally bring some solid guidelines and guardrails?

With control of Congress set to be narrowly split between Democrats and Republicans in 2023, Whitehouse-Levine is skeptical that warring political factions will be able to put aside their differences to pass sweeping crypto regulatory legislation.

“I think it’s going to be difficult for those two constituencies—each with completely different views on crypto policy—to come to a consensus that can pass Congress,” he said.

One bipartisan crypto bill that looked poised to go the distance now appears all-but doomed. The Digital Commodities Consumer Protection Act (DCCPA), also known as the Stabenow-Boozman bill, would have granted crypto regulatory powers to the Commodity Futures Trading Commission (CFTC), and was by late 2022 gaining traction on the Hill.

One of the bill’s most prominent supporters, though, was now-disgraced FTX founder and former CEO Sam Bankman-Fried, who favored the bill’s mainstreaming of centralized crypto exchanges like FTX. Weeks after FTX’s historic collapse, the bill was put on hold. It appears seismic changes in political calculus may have permanently sealed its fate.

There is, however, one area of crypto legislation with potential for movement in 2023: stablecoin regulation.

“If anything moves, stablecoin regulation seems to be the area where action is most likely to occur legislatively,” Whitehouse-Levine said. “Seemingly everyone agrees that something needs to be done, and everyone wants a deal.”

Outgoing House Financial Services Committee Chair Maxine Waters (D-CA) and incoming Chair Patrick McHenry (R-NC) have been working towards a stablecoin bill for years, ever since Facebook stirred panic with its since-thwarted attempt to create its own stablecoin, Libra.

In the absence of any comprehensive legislation, stablecoins have continued to make headlines: in May, so-called algorithmic stablecoin UST depegged from the US dollar, collapsing its maker, Terra, wiping out some $40 billion in value, and kickstarting crypto’s current winter.

Gensler made waves in 2022 for escalating enforcement actions against crypto companies without providing baseline rules or guidelines for the emergent industry. Gensler’s own colleague, SEC commissioner Hester Peirce, previously labeled such policies of education by enforcement “just not a good way of regulating,” in an interview with Decrypt.

Will 2023 bring any clarity, good or bad for crypto, from the SEC?

One major crypto development on deck at the SEC is a suite of pending updates to the agency’s rules on security exchanges. The SEC has released a proposed draft of its revised rules, which defines security exchanges in extremely broad terms that appear poised to ensnare decentralized finance (DeFi) protocols.

The rule is currently in the comments stage, and has not yet been adopted. If adopted next year in its current form, the rule could have devastating consequences for DeFi, essentially requiring the sector to be regulated as a securities marketplace.

“If a DeFi protocol is required to be regulated like the New York Stock Exchange, obviously that is totally impossible,” DeFi Education Fund’s Whitehouse-Levine said. “It would effectively make smart contracts illegal in the US.”

Whitehouse-Levine is confident, however, that if such a rule were adopted, it would be challenged and potentially overturned in federal court.

What’s more, the SEC may soon be embroiled in political problems of its own.

Republican lawmakers—and some Democrats—have recently ramped up criticism of Gensler and the SEC’s inability or unwillingness to produce concrete rules on crypto assets. In the wake of FTX’s collapse in November, Representative Tom Emmer (R-MN) demanded that Gensler testify before Congress, linking 2022’s slew of crypto company collapses to the SEC’s enduring failure to create a crypto regulatory framework.

Whitehouse-Levine believes that, with Republicans soon to take charge of the House, stern words could soon evolve into real consequences for the federal regulator.

“Every regulatory agency reports back to Congress, so there’s a lot they [Republicans] can do,” Whitehouse-Levine said. “For example, they could say, until the SEC issues rulemaking on digital assets, they can’t spend any of this money on enforcement. It could be quite impactful.”

One of 2022’s highest-profile—and still ongoing—crypto lawsuits saw blockchain payments company Ripple battle the SEC in federal court. The government asserts that the company’s XRP token was illegally sold as an unregistered security.

The lawsuit has pitted a dominant crypto company with deep pockets against a federal agency with much to prove—see above—in one of finance’s key arenas: the United States District Court, Southern District of New York. That court, colloquially referred to as the “Mother Court” by legal professionals, oversees all Wall Street activity and holds a particularly influential sway over federal finance law.

Will the case, ongoing for almost two years, finally see resolution in 2023? And if it does, what will that verdict mean for crypto as a whole?

Some experts believe that the SEC is angling to use its case against Ripple not just to prevent the unregistered sale of tokens like XRP, but to set the stage for the agency to finally go after centralized crypto exchanges like Coinbase, Kraken, and Binance.US—the beating hearts of America’s crypto trade.

The SEC, in its recent victory against blockchain-based publishing platform LBRY, successfully got a federal court to take the unprecedented step of labeling certain crypto tokens as securities in themselves, not just their sale as an illegal securities offering.

If the SEC can get its Manhattan-based judge to make a similar ruling on Ripple, the repercussions for crypto could be profound.

“They want to go all the way and say the XRP tokens are the security,” Lewis Cohen, an attorney specializing in crypto and securities regulation, previously told Decrypt. “If they got their way, most US token marketplaces could not allow users to buy and sell ‘crypto securities’ without registering as an exchange or getting an exemption.”

Such an outcome would unquestionably upend the place of crypto exchanges in American finance, bringing stock exchange-caliber regulation to any entity trying to sell crypto assets.

2023 will likely see either the realization of such a verdict, or an equally-consequential victory for Ripple, which would signify the dodging of a major bullet for the beleaguered industry.

What next for Ethereum?

September’s historic Ethereum merge transitioned crypto’s dominant network to a proof of stake consensus mechanism that instantly cut its energy consumption by a whopping 99.99%, according to reports.

After that technical triumph, what’s in store for Ethereum as it moves into 2023?

First up will be the network’s Shanghai upgrade, expected to launch in March.

Shanghai will, first and foremost, enable withdrawals of staked ETH. Since the merge went live in September, users have been able to deposit existing ETH with the Ethereum network to help validate Ethereum transactions and create new ETH for themselves in the process. All staked ETH and newly generated ETH, however, have not yet been made available for withdrawal.

Come March that will change, and some $20 billion worth of staked ETH will finally be made available to Ethereum users following the network’s Shanghai upgrade.

Ethereum’s core developers are so committed to rolling out staked ETH withdrawals that they’re trying to keep Shanghai as light as possible, eliminating other much-anticipated network upgrades from the update in the name of expeditiousness.

One such improvement that many hoped would be included in Shanghai is proto-danksharding, a preliminary version of a process by which huge amounts of data on Ethereum rollups—a tool used to combine many Ethereum transactions and treat them as one speedy, cheap transaction—will one day be verified by only sampling small pieces of data.

Danksharding will take a process that already makes Ethereum transactions cheaper and faster, and make them far cheaper and faster. The update will dramatically increase the speed and ease with which huge amounts of data could be verified on Ethereum layer-2 networks like Optimism and Arbitrum.

Many see danksharding as the key to Ethereum’s future proliferation and dominance as a reliable, secure network that’s also incredibly fast and inexpensive to use.

While proto-danksharding may not come as soon as March, Ethereum’s developers hope it will still arrive by the end of next year.

“I’m very confident that it will be shipped in 2023,” Ethereum core developer Marius Van Der Wijden told Decrypt. He expects the proto-danksharding tool to be included in Ethereum’s next upgrade after Shanghai, which has been tentatively labeled Cancun.

U.S. Regulators Warn Banks That Crypto Is Not ‘Safe and Sound’ Crypto.‌com Pauses Withdrawals of USDC and USDT on Solana

Cryptocurrency exchange Crypto.com wrote to customers today in an email seen by Decrypt to notify them that all… 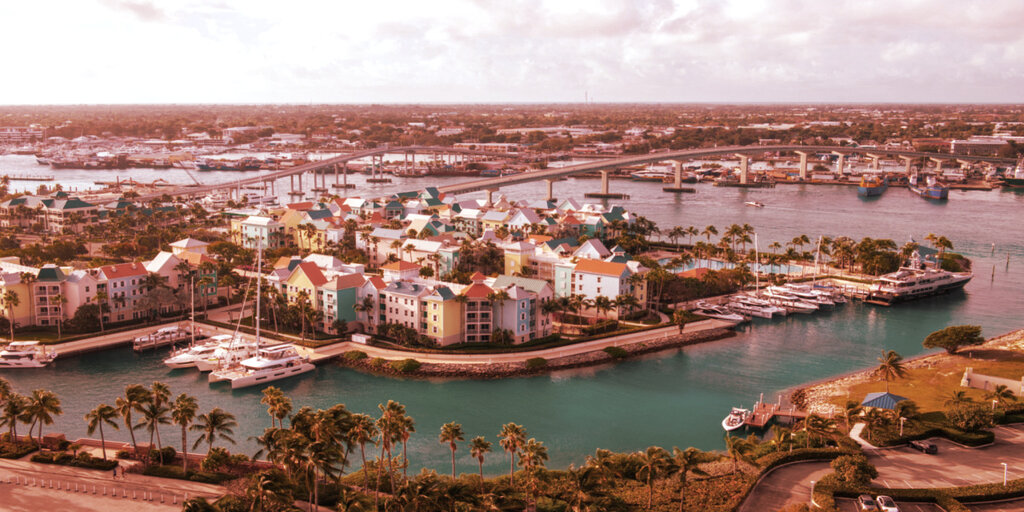 The world’s No. 2 cryptocurrency exchange had just filed for bankruptcy, its boy genius CEO had resigned, and…