We all have a favorite scene from a movie — a stand-out moment that has stayed with us ever since.

Yet curiously, the magical world of film has been largely untouched by the explosion in nonfungible tokens. Until now, that is.

MOVE Network is a crypto project that is vying to shake up the market by becoming one of the world’s largest NFT aggregators. Better still, its top priority is shaking up the movie industry, a sector that commands global revenues of more than $115 billion.

In a live ask-me-anything session held on Cointelegraph’s YouTube page, two executives from the platform discussed a recent partnership with H Collective, which is one of the largest production companies in Hollywood.

“Whether it comes to creating NFTs that relate to Darth Vader telling Luke Skywalker he’s his father, or Thor coming into save Wakanda, we definitely want to focus here,” MOVE’s president and co-founder Daniel Bokun explained.

Evan Kubes, MOVE’s vice president of legal, added: “We are sticking in the industries we know and where we have significant connections. Entertainment is obviously one of those. We’ll be starting with Hollywood and then transferring into art, gaming and esports. I have a particularly significant background in the esports and gaming space, and I can use this knowledge and network to leverage that and introduce those clients into this industry.”

The business case for movie NFTs

It’s a well-documented fact that 2020, and most of 2021 so far, has been an exceedingly trying time for the entertainment industry. Plans to film new blockbusters have been hit hard by the coronavirus pandemic — and to make matters worse, many cinemas were forced to close their doors for many months because of lockdown restrictions.

According to MOVE, NFTs are a way of enhancing fan engagement — enabling them to own a piece of a film’s history. Better still, this helps unlock new and much-needed revenue streams for content creators. The project has been built on top of its very own blockchain and its marketplace is set to be “content agnostic,” meaning everything from video to 3D models will be supported. Independent filmmakers will also be able to produce their own NFTs, and MOVE’s infrastructure is set to be a lot less expensive than the likes of Ethereum.

One thing that arguably has been holding nonfungible tokens back from mainstream adoption has been the fact that they’re rather technical — and some fail to see the value in owning something digital. This doesn’t concern MOVE. It says its concept has instantly been understood by the media partners it has spoken to — and in an increasingly digital world, there’s little difference between physical and virtual collectibles.

Kubes added that MOVE has bold plans to go international, adding: “The best part about crypto and the blockchain industry is that it’s very much borderless — it’s not situated in a specific region or a specific place. We’re viewing our product in the same way. The movie industry is very global, you have fans all over the world, and we aim to tap into different markets including Hollywood, Bollywood, Korea and the rest of Asia.”

MOVE is now preparing to make a splash in its chosen niche, and intends to branch out into other areas — such as esports and gaming — in the not-too-distant future. An announcement about this is due to be made in the coming weeks.

Plans to couple digital NFTs with physical items are being kept in their back pocket as they explore other exciting concepts such as truly endangered masterpieces — a feature that takes scarcity among nonfungible tokens to a whole new level.

Although there have been reports that sales of nonfungible tokens have dwindled in recent weeks, Kubes and Bokun aren’t worried.

“NFTs aren’t even in the first inning of where we think they will be in the coming years,” Kubes predicted. 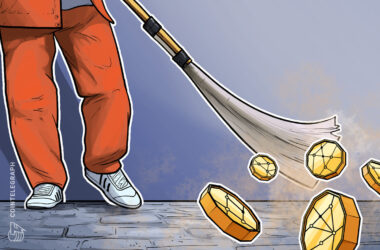 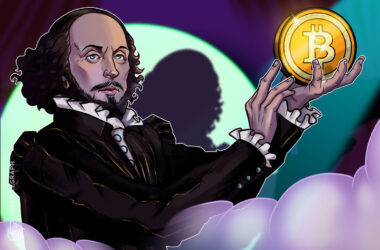 In a recent interview with Lex Fridman, Charles Hoskinson — founder of Cardano and co-founder of Ethereum —… 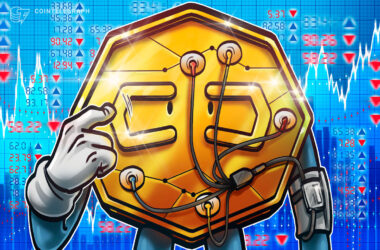 “If you can’t measure it, you can’t manage it” is probably the most cited quote attributed to Peter…