A new cryptocurrency-based streaming service is taking a holistic approach to the industry, combining a number of traditional features like a token-based financial ecosystem, censorship resistance and community governance with a strong and thoughtful focus on the user experience and supporting existing creators.

Vabble’s crypto-powered video-on-demand plans take an interesting approach to the end user that isn’t common among streaming video services: It does not assume they are viewing alone. A number of features aim to reinvent the pre-Netflix days when going to a movie was a shared experience on a single screen that brought people together.

This “co-watching flow” does not actually expect everyone to be in the same physical room. Instead, it offers a way to create a shared experience with private “viewing rooms,” video chat with screen sharing, and even order food from inside the app. Not that you can’t just stream individually, although some features will be viewable only at set time to help focus the user’s attention.

“Film transcends time like a classic Charlie Chaplin in the 1920s,” Vabble said, pointing to a quality not quantity mindset. “From day one of cinema, film was an experience you shared with loved ones. Current streaming services don’t support the very experience which makes films special. But with Vabble, we are going back to roots and providing this to the world in a modern way, without the restrictions of censorship.”

That censorship-free model is key to Vabble’s business plan, which calls its SVOD service a “system built for freedom of speech, and counter-censorship.”

The platform, it adds, “provides a home for content deemed undesirable by other SVOD producers, be it due to the content’s sensitive nature or not meeting policy.”

Vabble also feels it has created a monetary ecosystem that supports the film industry, not just content creators who are individually streaming. This starts by directing the fees users pay to view each film directly to the film’s producer. From a studio’s perspective, Vabble argues, “we can potentially provide more revenue than all other SVOD services as our revenue model replicates ticket sales.”

Live-streaming of special events is another prospective revenue path.

Vabble has also created a tipping mechanism and is creating an NFT marketplace that will allow producers to sell film merchandise, including special limited-edition nonfungible tokens with everything from film posters to cast-signed memorabilia.

On the production front, Vabble is planning to fund original features and documentaries through a launchpad that will provide a funding mechanism for small independent productions — including those that want or need to avoid the censorship that can come with traditional funding channels. It also gives viewers a way to vote for content they want to see with their pocketbooks.

Coming soon to a screen near you

Vabble’s internal user rewards are built around its Ethereum-based ERC-20 VAB tokens, which have several uses on the platform. Users will receive 40% of their monthly subscription fees in VAB tokens. They will also be awarded based on participation — watching content, participating in chats, inviting friends, and voting for content. The tokens are also required to vote on what content to bring onboard the platform.

The project’s founders will reveal more about the tokenomics as well as Vabble’s features and guiding principles in a Cointelegraph AMA on June 14.

Vabble’s roadmap includes plans to get VAB listed on Uniswap soon. VAB integration will begin in Q4 2021 to Q1 2022, while the site beta will go live in Q2 through Q4 2022. That will also see the revenue system deployed and the NFT marketplace go live. Early to mid 2023 is set for the launchpad to go live, and the site’s first funded movies, documentaries and series released. The full launch is set for late 2023 through early 2024. 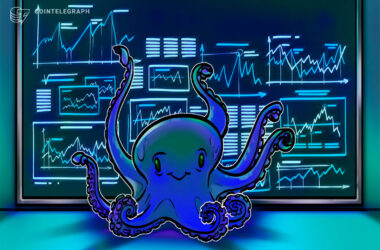 Jesse Powell is rethinking Kraken’s plan to go public, which is set for late 2022, following the uninspiring… 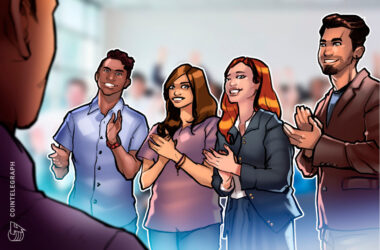 Phil Hogan, who served the European commissioner for trade for less than a year, will be joining the… 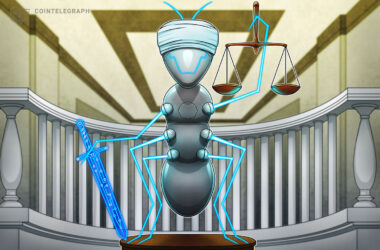 DAOs prepare to face off: Would vigorous IP battles be good for DeFi?

Curve Finance, a decentralized exchange for stablecoin trading, is one of the world’s largest decentralized autonomous organizations (DAO),…