News of two contrasting approaches to crypto from U.S. members of congress surfaced this week.

Alabama Rep. Barry Moore has been loading up on cryptocurrencies such as Ether (ETH), Cardano’s ADA and Dogecoin (DOGE) over the past two months.

Meanwhile, anti-crypto California Rep. Brad Sherman — whose stated aim is to shut crypto down — has reportedly received more than $100,000 in campaign donations from top financial firms.

According to Friday’s trading disclosures filed with the clerk of the House of Representatives, Moore purchased ETH on May 5, he bought ADA on May 10, 11, 13, and bought DOGE on June 13.

The filing, which misspells Ethereum as “Etherium” and crypto as “cryto”, doesn’t specify the exact amounts Moore invested but does provide a range between $1,001 to $15,000 for each purchase.

The maximum amount Moore could have spent is $75,000 and he may have been forced into a hodl approach, as all of his investments have taken a hit amid the crypto downturn that began around May 12.

The Republican congressperson’s committee assignments include the Committee on Agriculture and the Committee on Veteran’s affairs, and the 54-year-old hasn’t expressed his opinions toward crypto publicly. But actions speak louder than words.

Other pro-crypto Republicans include Senator Cynthia Lummis, who advocated for using Bitcoin as part of a diversification strategy for retirement plans last month.

Related: ADA, DOGE overtake BTC as the most popular cryptocurrencies for US eToro users

California’s Sherman is one of the most vocally anti-crypto members of Congress, and he has called for crypto to be banned in the past and recently claimed that buying lottery tickets is more sensible than investing in crypto.

“Cryptocurrencies have the political support of the ‘patriotic’ anarchists who are rooting for tax evasion,” he said, and added that “I hope we shut it down.”

SO your going with “We need to keep up with China in restricting our citizens freedoms”?https://t.co/claRw8D92b

A recent article from the Foundation for Economic Education highlights data from OpenSecrets.org that shows eight financial firms rank among Sherman’s top 20 donors for his 2020 campaign committee, including Capital Group Companies with $18,400, Blackstone Group with $16,800, BlackRock Inc with $11,250 and American Bankers Association with $10,000. Make of that what you will. 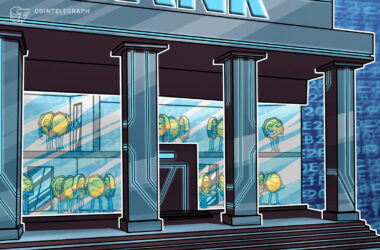 Crypto is the most dangerous investment, Bank of Russia governor says

Crypto is the most dangerous investment, Bank of Russia governor says Sourced from cointelegraph.com. Written by on 2021-06-25… 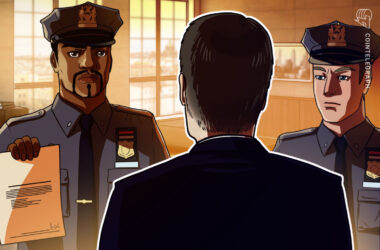 Bithumb’s Hong Kong affiliates are reportedly facing a civil suit for breach of contract. According to a Tuesday…