Speaking during Wednesday’s annual Digital Africa Conference, Isa Pantami, Nigeria’s Minister of Communications and Digital Economy, identified blockchain as part of the government’s focus on emerging technologies, according to a report by Voice of Nigeria.

Highlighting the conference theme — “Building a New Africa with AI and Blockchain” — Pantami stated that the government was working toward establishing innovation centers.

According to Pantami, these innovation centers will explore capacity-building protocols for artificial intelligence, the Internet of Things, robotics, cloud computing and blockchain technology, among other fields.

As part of his address, the communications minister said the move was part of efforts to promote an innovation-driven culture in Nigeria, adding:

“We are also actively preparing to take advantage of blockchain technologies for our digital economy, and we recently developed a National Blockchain Adoption Strategy.”

Addressing the conference, NITDA director-general Kashifu Inuwa stated that Nigeria can be a growth driver for AI and blockchain in Africa. In November 2020, Inuwa remarked that the country could generate up to $10 billion in revenue from blockchain by 2030.

Pantami’s ministry has been spearheading a mandatory national identity program in the country — a move that has generated significant controversy over the compulsory linkage of phone numbers to national ID data.

Related: Nigeria hopes blockchain will generate $10B revenue by 2030

While addressing privacy and data security concerns, the minister’s address did not include any mention of possible blockchain adoption in the area of safely storing national ID records.

Back in February, Nigeria’s vice president, Yemi Osinbajo, stated that crypto and blockchain will revamp Nigeria’s financial landscape. The vice president’s comments followed on the heels of a ban imposed by the central bank prohibiting financial institutions from servicing cryptocurrency exchanges. 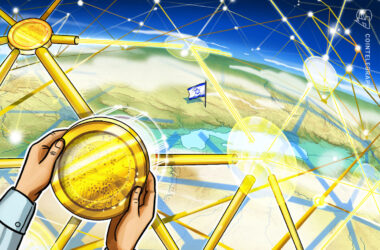 Israel to welcome 11th president with oath of office on NFT

Given nonfungible tokens’ (NFT) ability to digitally represent a wide set of assets, the underlying technology has found…

Decentralized finance (DeFi) is here to stay with over $100 billion in total value locked (TVL), highlighting the… 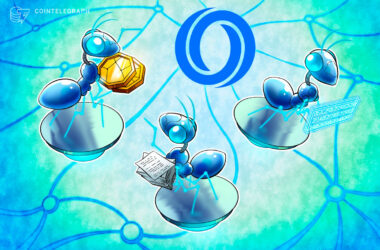