Ronaldo has partnered up with the world’s leading crypto exchange in an exclusive, multi-year deal. It is a part of a global marketing campaign to introduce Ronaldo’s extensive fanbase to Web3. The collection will drop on November 18 on the Binance NFT marketplace and will feature seven animated statues of the football legend, each capturing him in an iconic moment from his life. For example, his legendary bicycle kicks, glimpses of his childhood in Portugal, and more.

Talking about his first NFT drop in a press release, Ronaldo stated,

“It was important to me that we created something memorable and unique for my fans as they are such a big part of my success. With Binance, I was able to make something that not only captures the passion of the game but rewards fans for all the years of support.”

The five-time winner of the Ballon d’Or announced the collection launch on Twitter and urged his fans to join his Web3 community and own iconic moments from his career.

These statues are all available in four levels of rarity – Super Super Rare (SSR), Super Rare (SR), Rare (R), and Normal (N). The collection will be up for auction for just a day, and anyone interested in buying a particular NFT will have to bid on it. The highest bidder will receive the NFT. The starting points for each level of rarity have been fixed, with the SSR level NFTs to start bidding at 10,000 BUSD and the SR levels to start bidding at 1,700 BUSD. Depending on the rarity level, there will be exclusive perks associated with the NFTs. Some of these include a personal message from Ronaldo, autographed CR7 and Binance merchandise, direct access for future Ronaldo NFT drops, complimentary mystery box items, or a direct entry into giveaways.

Binance Co-Founder and CMO, He Yi, addressed the partnership and the collection launch, saying,

“We believe the metaverse and blockchain are the future of the internet. We are honored to collaborate with Cristiano to help more people understand blockchain and showcase how we are building Web3 infrastructure for the sports and entertainment industry.”

There has been a growing trend of sportspersons and athletes stepping into the web3, mostly by launching their own NFT collection. In August 2022, Argentinian superstar Lionel Messi dropped the Merssiverse x Bosslogic collection in partnership with Ethernity Chain, featuring all of the footballer’s achievements, iconic moments, and future accomplishments.

Web3 sports prediction application Pooky is launching its free-to-play version in public beta on Nov. 16, 2022. The… 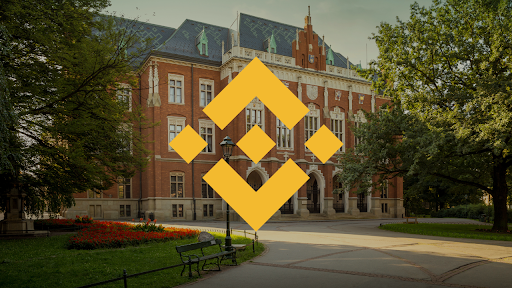 In the world of blockchain, knowledge is always a critical factor in the outcome of success. That’s why…