Exclusive: Is Justin Sun’s Tron the Next FTX? USDD Back Doors Raise Concerns

The collapse of Terra-Luna was one of the most disastrous events in recent crypto history. The collapse of its stablecoin, designed to be a low-volatility asset, has shaken the confidence in all stablecoins.

Recent events have spotlighted the USDD token, the stablecoin created by Tron founder Justin Sun. Since early December, the token has steadily fallen below its 1:1 peg to the US dollar.

USDD is currently trading in the $0.97 – $0.98 range. Following the reports of strife, layoffs, and recent outflows from his Huobi exchange, this is especially bad news for Justin Sun and Tron. However, the issues with USDD could go far deeper.

A cursory look at the USDD stablecoin and its issuer Tron DAO Reserve reveals serious issues in reserve reporting. Though the concerns will be explained in detail below, briefly, these are:

Coupled with the recent crypto market downturn and rumors of Huobi’s troubles, these findings could indicate serious systemic risks in Tron’s ecosystem.

For months, USDD trended downward, struggling to maintain its peg to the dollar. On Tuesday, December 6th, things unraveled for USDD as it again fell below $0.98.

This trend started as early as December 2nd, 2022, when the token skipped below $0.99. USDD continued to drop steadily in the following days, and the token has never fully recovered its $0,99 level since.

However, the trend may have started earlier. According to CoinMarketCap, the last time USDD traded at $1 was on October 18th, 2022.

The consistent drops below the stablecoin peg represent a worrying signal. Investors that paid for their USDD tokens in other stablecoins want to know that they can redeem them for the same amount. They could become worried that the token will fall even further if they can’t.

Not even assurances from Tron founder Justin Sun were enough to inspire confidence. Sun claimed that the token had over 200% in collateral. On-chain data shows that these figures are not accurate.

Tron DAO Reserve and the USDD website claim that every USDD token has more than twice the amount of other tokens as collateral. According to the USDD issuer, its reserves are at a 202.30% collateral ratio. On-chain data paints a different picture of USDD’s reserves.

For one, most of these reserves are in Tron’s own TRX token. Back in July, Sun claimed that USDD did not depend on the price of Tron’s token.

On-chain data shows that 48.70% of USDD reserves are in Tron’s TRX token. If TRX went down, the amount of collateralization would be impacted. Moreover, Tron DAO Reserve’s reserves are not accurately reported on its website.

A section of the Tron DAO Reserve website shows that one wallet address, the “TRX burning contract” (more on that later), holds almost nine billion in Tron tokens (TRX), valued at $725 million.

The problem is that nine billion TRX tokens are not worth $725 million. Rather, at the current market value of $0.05 per token, the value of TRX in that wallet is closer to $498 million.

It is unclear how this discrepancy came to be. TRONSCAN, the blockchain explorer for Tron, values the tokens in the “burn wallet” correctly.

Misreporting the contents of the “burn wallet” brings the real collateralization figure down to 170.95%. Earlier, Twitter users pointed out this same discrepancy, and Tron DAO Reserve didn’t correct it.

The reserves are called further into question when looking at what Tron’s “burn wallet” actually is.

In most cryptocurrencies, a “burn wallet” is a wallet address from which crypto can’t be retrieved. Projects can “burn” their tokens to remove their supply from circulation. They can do this for several reasons, including reducing the token supply to reward investors.

USDD also has its own “Tron multi-signature burn wallet” that performs a similar function. When users want USDD tokens, they first have to buy TRX tokens. These TRX tokens go to Tron’s burn wallet, and a user gets an equivalent amount of USDD tokens.

This redeem function is behind a multi-signature key. As Tron’s website explains, multi-signature (multisig) refers to the process requiring more than one key to authorize a transaction.

There is no information on who controls the signatures. That means an unknown number of users (possibly Tron insiders) can access these funds.

Tron DAO Reserve advertises this “burn” contract as a part of its reserves. The $498 million in TRX in the “burn wallet” account for 40.16% of the total reserves backing USDD.

The USDD issuer says it holds many of its reserves in independent stablecoins, namely USD Coin (USDC) and Tether (USDT).

Reserves in these stablecoins account for $392,878, or about 31% of USDD reserves. However, the relevant wallet address shows that the DAO holds no USDC or USDT tokens.

Instead, the wallet addresses show an equivalent amount of JustLend USDC and JustLend USDT tokens.

The issuer of these tokens is JustLend DAO, Tron’s lending platform with ties to Tron DAO Reserve.

The fact that a significant amount of USDD reserves is on JustLend could be concerning. For one, the lending platform offered yields far beyond the market rate.

Advertising a “Risk-Free” Yield of 48%

Tron DAO Reserve does the same thing. It offers “risk-free” yield farming opportunities through its stablecoins, with advertised returns as high as 48.52%.

The links on these claims redirect users to Tron’s SUN staking platform. There, users can stake their stablecoins to earn SUN tokens.

Instead of being “risk-free,” yield farming is a high-risk investment strategy. It exposes users to multiple risks, many of which can result in total losses. These include impairment loss, when one of the tokens of a liquidity pair falls in value. SUN’s website has a section that mentions risks. But this section is buried beep in the site’s menus, and it’s not easy to find.

The inherent risks of yield-farming are not the only thing that investors should be worried about. As the FTX implosion shows, investors should consider the risk of giving custody to unregulated entities.

The Terra-Luna collapse shows there could also be a substantial counter-party risk of the entire Tron ecosystem breaking down.

JustLend’s security audit paints an even more concerning picture. On its website, JustLend displays a security audit by a blockchain auditing firm CertiK. In its audit, CertiK found “major vulnerabilities,” including major centralization-related risks. One of these is that the smart contract has an “admin” role, with privileged access over all accounts.

Another part of the code gives the “anchorAdmin” role the ability to set anchor prices for assets and pause and resume the market.

The auditing firm cautions that if the admin account were compromised, hackers could take any user’s funds on the platform. Admin privileges in the JustLend smart contract suggest that the platform is not truly trustless and decentralized.

Essentially, Tron DAO Reserve is lending over $392 million in stablecoins to a centralized lending protocol that offers returns on investment far beyond the market rate.

Moreover, the ownership of this supposedly “decentralized” protocol is highly concentrated. The top ten token holders own 46.10% of the voting shares in the JustLend DAO.

Inaccurate reporting, issues with reserves coupled with aggressive marketing yields indicate that USDD and the entire Tron ecosystem might not be as stable as Justin Sun claims.

Tron’s ecosystem is one of the largest in the crypto space. Its TRX token is currently the 15th largest token by market capitalization, and any serious disruption could have significant ramifications for the entire crypto ecosystem. 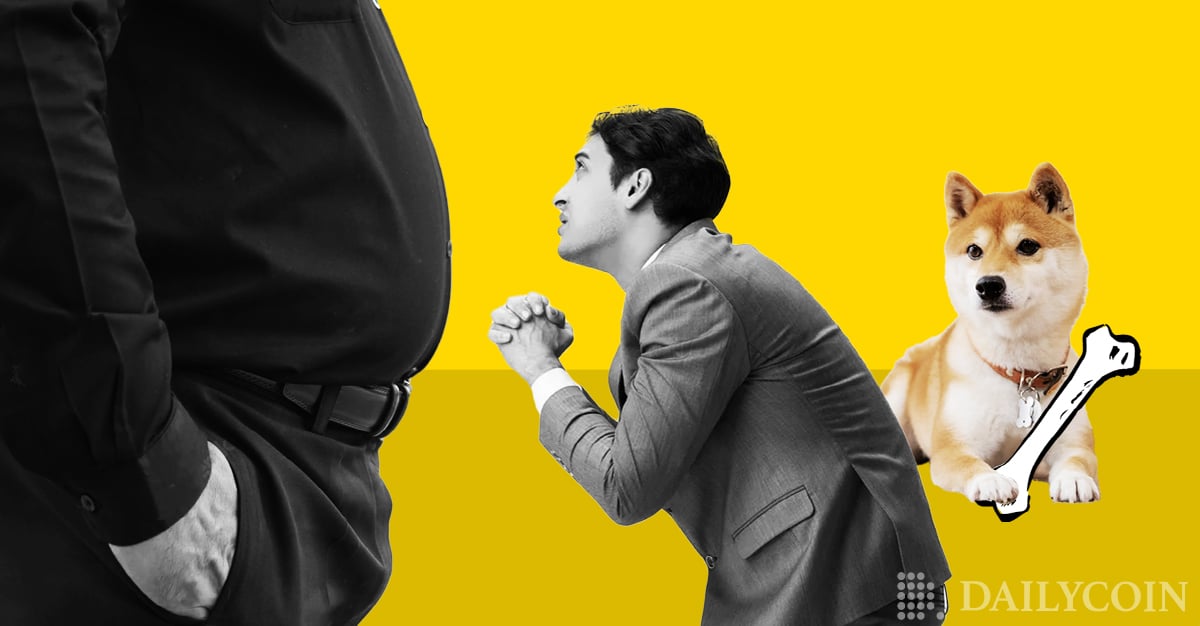 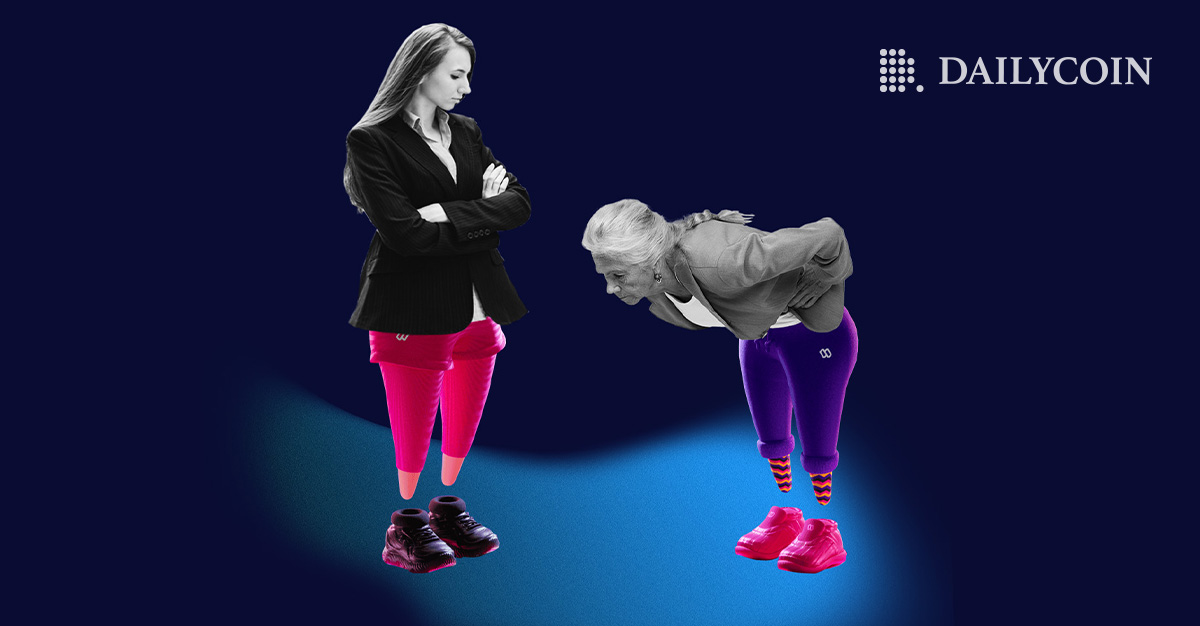