Over the years, Bitcoin has been able to overcome naysayers by frequently reinventing its narrative. Because Bitcoin (BTC) is multifaceted, it is able to quickly change to confront new criticism.

We have seen this over the years. For example, Bitcoin used to be frequently assailed by the media for its volatility — many articles pushed the notion that Bitcoin was too volatile to ever succeed as a currency. We do not hear too much about Bitcoin’s volatility today, in part because observers have been accustomed to its frequent price swings, but mostly because “Bitcoiners” have coalesced around the notion of Bitcoin as an investment, specifically digital gold. They argue that the only reason BTC experiences such strong price movements is because it has not yet fully matured to a market capitalization that would sap this kind of volatility, such as that of gold. Consequently, the dominant narrative surrounding Bitcoin today is that it is a store of value and inflation hedge, despite continued volatility.

Recently, Bitcoin has encountered new obstacles, namely environmental, social and governance (ESG) concerns over mining, ransomware and regulatory scrutiny. The Bitcoin community has quickly pivoted to address these concerns, while underneath the surface, the seeds were planted years ago. The Bitcoin community is so large that its members are now in most industries and even in politics. As a result, their work spans areas that have seen limited attention in the past, such as renewable BTC mining.

Related: Is Bitcoin a waste of energy? Pros and cons of Bitcoin mining

So, as new challenges arise to the current narrative, attention is suddenly drawn to the areas that Bitcoiners have been working on behind the scenes. The community then coalesces around these to develop a new narrative that is built to become the dominant perception of Bitcoin.

The ESG attacks against Bitcoin resurfaced in full force in spring 2021. They generally make the following points:

Bitcoiners sprung to action to counteract these notions almost instantly. They said Bitcoin encourages the use of green energy because this may often be among the most efficient, cheapest kind of energy available to mine with. Bitcoin miners that use low-cost renewable energy will be able to earn more than those using costlier, potentially non-renewable energy. Consequently, the BTC mining industry is being pushed toward using renewable energy exclusively over time.

Related: Green Bitcoin: The impact and importance of energy use for PoW

They have also rushed to shore up resources and education on how green Bitcoin already is. Research from investment manager VanEck and the Cambridge Centre for Alternative Finance found that 39% of the total energy consumption from BTC miners comes from renewables and that 76% of Bitcoin miners use renewable energies. This makes Bitcoin greener than many other industries — few of which receive similar scrutiny over how green their energy consumption is.

Bitcoiners also make it clear that the energy consumption of Bitcoin is to secure the network, which benefits all network participants. This security helps ensure that the Bitcoin network continues to never go offline, unlike legacy financial networks, which have experienced interruptions and blackouts in the past. So, while Bitcoin’s energy consumption can be significant in absolute terms, the service that the miners provide from that energy is a net benefit to society. If people are content to disregard the consequences of the energy required to run the global financial system, then why do they take issue with the relatively benign energy consumption of Bitcoin, which promises to establish a better and open financial system?

Related: Ignore the headlines — Bitcoin mining is already greener than you think

We also saw outspoken Bitcoiners, such as Michael Saylor, move to unite the Bitcoin community and miners against misconceptions surrounding Bitcoin’s energy use by forming the Bitcoin Mining Council. BTC miners have been encouraged to be more transparent and forward with their sources of energy. This sort of coordination demonstrates that Bitcoiners are united in efforts to make the network even greener.

Attention has also been brought to the BTC miners that have already been using significant renewable energy in their operations. Furthermore, with headlines of 99%+ hydroelectric Bitcoin-miner Bitfarms going public, I anticipate the broader public will be familiar with how green BTC mining actually is. Paired with the push for the above actions and education, Bitcoiners are reworking the narrative about ESG. If they are successful — and I have no doubt they will be — Bitcoin’s potential ESG issues are unlikely to dominate headlines in the future.

Related: Blockchain and sustainability — There’s more to it than electricity usage

Bitcoin as a currency has largely been dismissed, and attention has turned to BTC as an investment. But in the background, there are Bitcoiners who are working hard at pushing BTC adoption around the world and developing the Lightning Network.

The recent development in El Salvador — the passage of the “Bitcoin Law” that decrees BTC legal tender in the country — is groundbreaking for the cryptocurrency, although to many it seemed to come out of nowhere. When taking a closer look at the situation, it is clear that the groundwork was laid by Bitcoiners several years ago. Bitcoin Beach, a project seeking to create a sustainable Bitcoin ecosystem in El Salvador, did much of the preparatory work in the country. By seeking to bolster financial inclusion through the use of Bitcoin, it also worked to address the narrative that Bitcoin was not used as currency. And it succeeded. The ramifications for global Bitcoin adoption could be profound if there is a domino effect of countries seeking to adopt BTC as legal tender.

To tackle the thesis that Bitcoin cannot scale enough to be used as a currency, many Bitcoiners have been quietly working on building the Lightning Network over the past several years. While still not perfect, the use and capacity of the network are growing, showing its promise as a scaling solution. Overall, it receives surprisingly little attention. I suspect that sometime in the future, the “sudden” success of scaling solutions will transform Bitcoin’s narrative again: from investment to currency.

Thanks to the diligence of Bitcoiners working together to expand Bitcoin adoption, Bitcoin is able to remain antifragile. It has so far been able to overcome all major obstacles, in no small part because Bitcoiners are able to shape its new narrative.

Martin Gaspar is a research analyst at digital asset capital markets firm CrossTower and has a background in conducting fundamental research and cryptocurrency analysis. Martin was previously a fixed income research analyst at Wells Fargo Securities, where he helped support traders, salespeople, and buy-side clients through his actionable investment recommendations. He has a passion for crypto and has followed the space extensively since 2012. Martin holds a BA from Colorado College, where he graduated with Distinction in Economics. 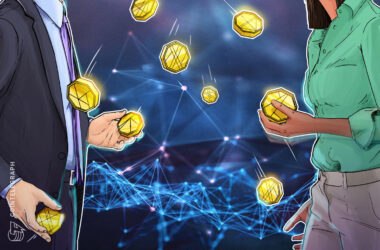 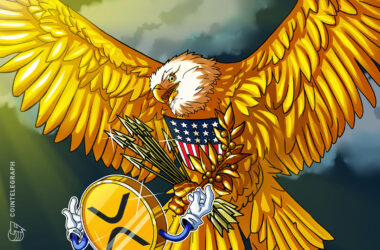 The ongoing lawsuit between Ripple Labs and the U.S. Securities and Exchange Commission, or SEC, continues with the… 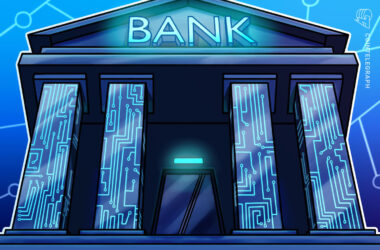